STONEGATE NEIGHBORHOOD
If you include the section of Naples Manor, there are 587 homes in the Stonegate community.  Stonegate, a roomy subdivision in the northern part of Colesville, is far enough outside of the Capital Beltway to provide a lot more home for the money, and the recent opening of the Intercounty Connector (ICC) makes the commute that much easier.  This community, bordered on the south by Bonifant Road and on the east by New Hampshire Ave, is enclosed to the north and west by Northwest Branch Park, 680 acres of preserved open space.

Encompassed within the park are the National Capital Trolley Museum and the Northwest Branch Golf Course.  The Trolley Museum, a favorite of children and adults, offers rides on streetcars on the weekends, and its buildings display a variety of streetcar memorabilia. The golf course, operated by the county, has 27 holes, a nine-hole course for a quick round and a full traditional 18-hole course as well. The facility also has 41 lighted stalls, 20 of them covered and heated for those die-hard golfers who are loath to let weather get in the way of practice.

One pre-K through grade 5 school – Stonegate Elementary – serves the whole neighborhood. The student body is very diverse.  Proficiency scores in reading hover around 95 percent for all years; math is basically at the same level until 5th grade.  A number of families in the neighborhood send their children to the Barrie School, a nearby private pre-K through grade 12 school where tuition starts at $14,500 and goes up to $27,000 per year, depending on the age of the child.  Stonegate Elementary feeds into White Oak Middle, along with Broad Acres, Jackson Road and Westover, the first two of which have a free lunch rate of more than 70 percent. Reading and math proficiency scores at White Oak start out lower (reading, 75 percent and math, 81 percent) and decline each successive year.  Scores rise again when the students get to James Hubert Blake High School, walking distance from Stonegate. Proficiency rates here hover around 90 percent, and the school offers honors and AP classes and a fine arts and humanities program.

Shannon Berry, a certified nurse-midwife, has lived on Silverstone Drive in Stonegate with her husband and three children for nearly four years. Her two school-age boys attend Stonegate Elementary, where she says they are happy and learning well. The Berrys previously elected to send one of their boys to Barrie for a year, mainly due to his social needs. They were happy with Barrie, but the costs were just too steep for them to continue there.

Only a back yard away from the Berrys (the neighbors are nice enough to let them cross through), is Stonegate Park, which houses a playground, basketball court and tennis courts.  Berry prefers her kids to use their backyard swing set so she can keep an eye on them when she’s busy inside, but they still make their way to the park from time to time.  The facility’s large athletic fields are often the site of pickup soccer games, Frisbee, and the Berrys’ favorite – kite flying.  An big draw in the neighborhood is Stonegate Swim Club, which offers a competitive swim team, high dive, kiddie pool, volleyball, Ping-Pong, gas grills and gazebos. The Berrys do not belong to the swim club because they feel the fees are steep – $485 for a family of five.  They instead travel 15 minutes away to the Olney Swim Center, a county facility that charges $500 for a family membership, but because it is indoors, they can use it year-round. Berry said she and others also sometimes go to the nearby Wheaton Glenmont Pool, another county facility, which has two flume water slides and a special kiddie pool, but is outdoors.

Because they are a military family, Berry said they are due to move again in July, and even though she enjoys her home and the area, she says she is not that sorry to go because despite their years in the house, the family has not really made many strong connections in the neighborhood. A Wisconsin native, Berry said she is still getting used to the friendly but silent waves she gets from neighbors as they close their doors. “We don’t really know anybody here,” she said.

Berry added that she observed a cul-de-sac in the neighborhood is a very close-knit area where residents know each others’ names, the kids play together, and they throw block parties. Sometimes your street matters.  Though the neighborhood is technically not far from shopping, Berry characterizes the trek to the nearest store – the Safeway at the corner of Briggs Chaney and New Hampshire – as “the biggest pain in the butt.” She said that as a westerner, she is used to going several miles to get to a store, but hates all those left turns into traffic. “I literally ask myself, ‘What else do I need?’” Berry said, admitting she fills her cart with possibly unnecessary items to avoid another trip out there.

Other stores in the Cloverly Village Shopping Center – a strip mall – include a liquor store, gas station, takeout restaurants, a Starbucks and a hair salon. Farther south at New Hampshire and Randolph Road is another strip mall with a Giant grocery store, Dunkin Donuts, Citibank and gas stations.  A little farther east on Colesville Road/Columbia Pike/Route 29 are more options, including Sears, Target, Kohl’s, Super Fresh and more.  Berry says her husband’s commute to Walter Reed National Military Medical Center in Bethesda can take anywhere from 30 minutes to an hour each way. She says the family prefers this sacrifice to living closer in, where she characterized the houses and yards as “postage-stamp sized” for the price.  Berry mentioned that some of the houses on Cutstone Way and others that back up to the park have huge back yards that just vanish into the woods.

Another “traffic” situation Berry finds challenging is the ever-present trucks and trailers on neighborhood streets that bring hoards of lawn-care workers daily, making it difficult for her navigate the roads. She admits this is not likely a problem for most residents who are at work during the day, but for her (and her dog), the clogged streets and the constant noise of gas-powered equipment keeps them cowering indoors on many summer days. “If I could destroy all the leaf blowers, I would,” she said with a laugh.

In 2013, 17 homes were sold in Stonegate, with the highest price being $639,900 and the lowest $445,000 (there was one foreclosure). The two top-grossing sales were significantly newer constructions – homes 13 years old vs. the area norm of 40+ years. Homes SOLD as quickly as six days.

Most of the homes have four or five bedrooms – a few have three, six or seven.  Some of the older homes have been significantly remodeled, sporting new kitchens, extra bedrooms and big glass-walled sunrooms with soaring ceilings. Some of the yards are smaller and carefully landscaped, while others offer wider expanses of green and a place to kick a ball around. Most have garages, full basements, fireplaces, two or three full baths and one half-bath. The majority are colonials, but they aren’t cookie-cutter colonials – many have distinctive entrances, impressive brick or stone facades, imposing columns and unusual shutters.

The homeowners group, the Stonegate Citizens Association, holds regular meetings to discuss issues including zoning, safety and events. Berry, whose family is not a member, said the group seems pleasant and not too rigid, although she remembers being warned not to mow her lawn before 9 a.m. on a weekend again.

Stonegate is a well known and popular neighborhood in the eastern Montgomery County. Homes are assigned to Blake High School and Springbrook High School and White Oak Middle School, Stonegate and Westover Elementary Schools… in the Northeast Consortium-Cluster. 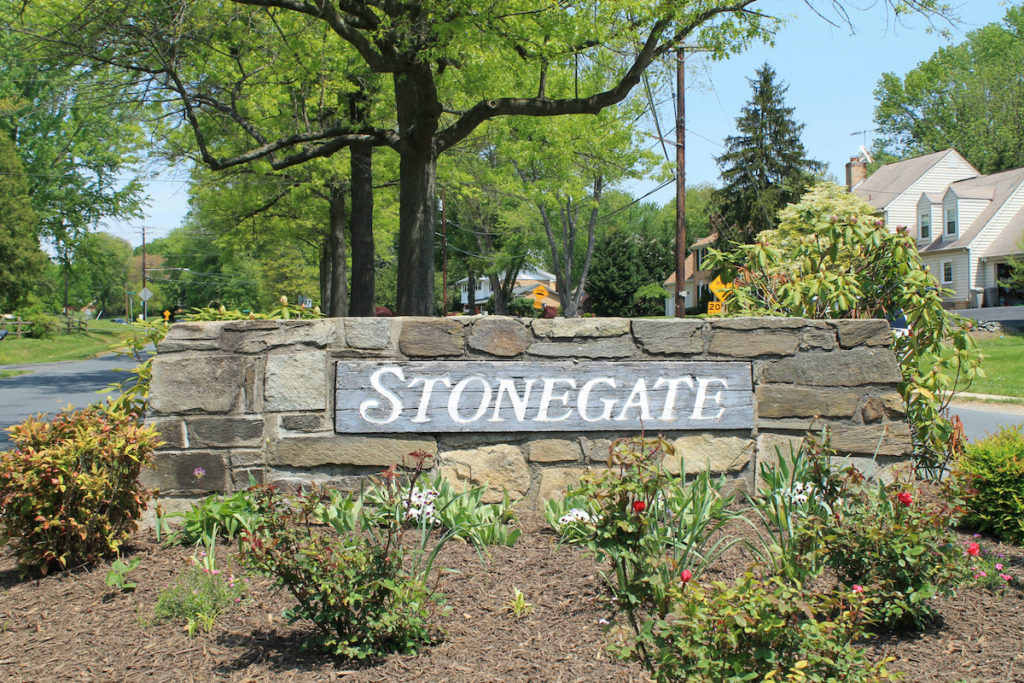 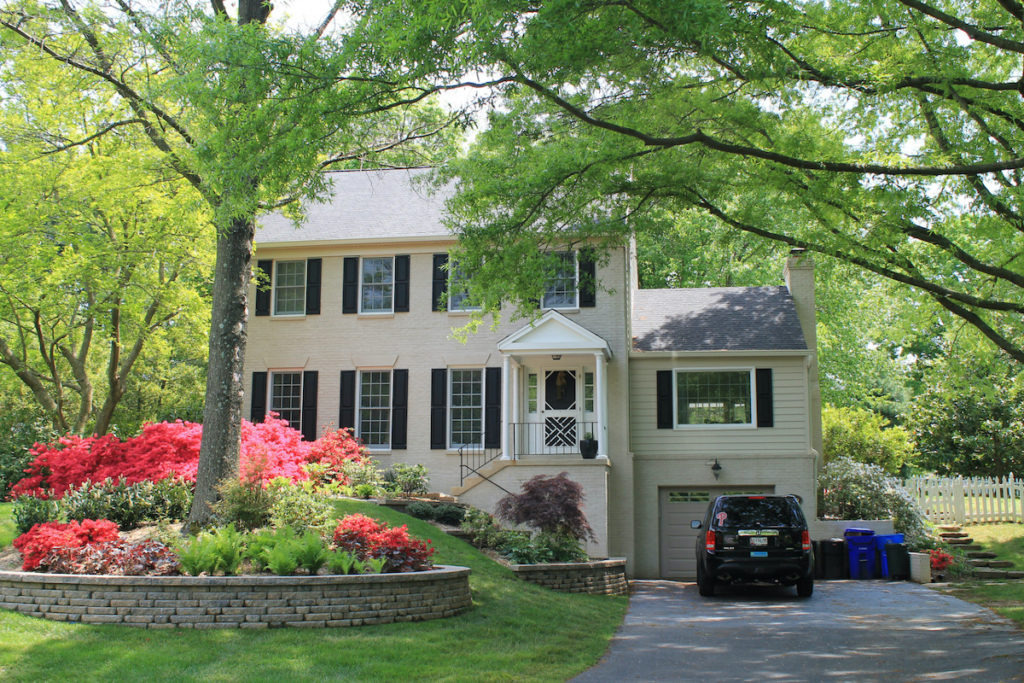 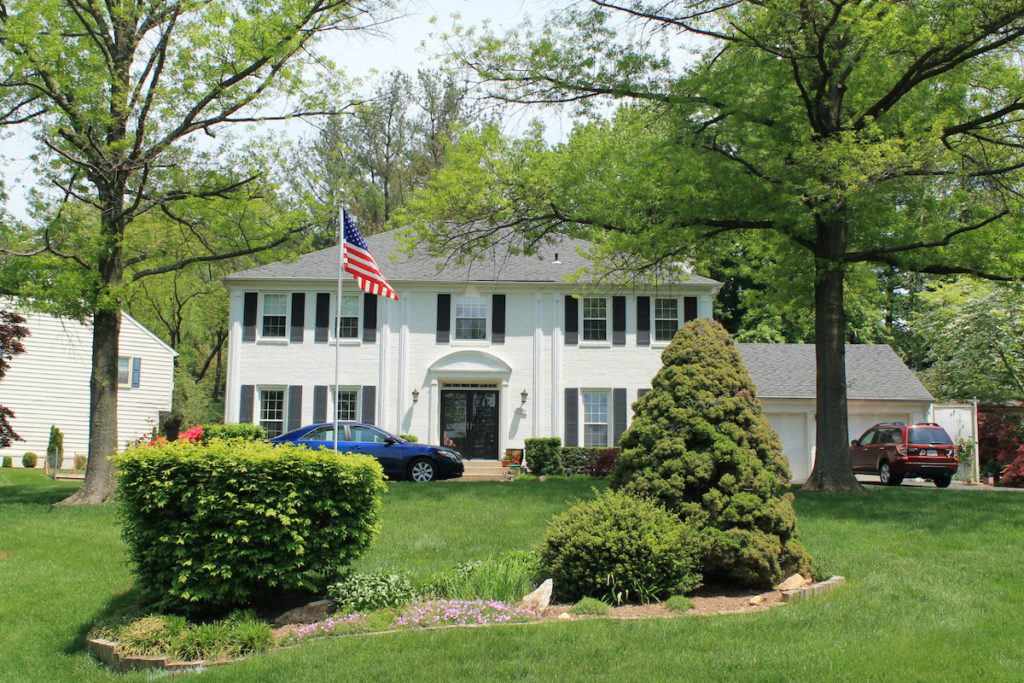 Are you thinking of selling your Stonegate home?
Ask me for a Stonegate Market Report. Or if you’re ready, we can schedule to walk your property and discuss in person.

Questions?
Do you have questions about a specific house or about the Stonegate community? HOA, property taxes, etc…

I look forward to our conversation!

Would you like to see this Stonegate home or others?

Most showing requests can be scheduled to visit the property within 24 hours.